Well love is certainly in the air in our family as in just a matter of one week we celebrated Christmas, New Year, a proposal, a birthday and a wedding!

After a wonderful Christmas Day thanks to Tim and his impressive culinary skills, we decided to have a relaxing boxing day and watch Cinderella to which I cried pretty much from beginning to end – not sure if it was my hormones or just that I’m a softie but I was the only one crying and Freya as always was the first to run over and comfort me.  Just as we were about to watch the scene where the glass slipper fitted on Cinderella’s foot my phone rang from my brother Sam.  I thought he was ringing to say he was coming to pick his car up so quickly told him that I was in the middle of a crucial scene.  I felt so bad when he stopped me mid flow to tell me he had proposed to Suzanne and that they are getting married!

Cinderella’s news soon fell into insignificance after hearing Sam and within seconds we all were singing around the front room. My youngest brother who I used to frog march down the broadwalk to school is getting married!  Sam and Suzanne came over that evening for celebratory drinks and a hilarious game called “Heads Up” – It’s an app by Ellen DeGeneres and is pretty much like charades with the added twist that it videos the people trying to guess the words.

New Year’s Eve was the day of two parties – first with our great friends the McCrystals and the Lockwoods – it’s always so lovely catching up with them and the cream cakes that they brought were just an added bonus! Next came The Glasgow Wyatts, my parents, Tim’s parents, Sam, The McMichaels and we all enjoyed a curry tea to bring the New Year in which was fun.

New Year’s Day is my niece Martha’s birthday so we had great fun with a movie day, popcorn, piñata finished off with Pesto Pasta which was Martha’s request.  As an extra birthday treat the children all got to meet their 5 week old cousin Samson for the first time which was lovely – their cooing reactions were fantastic.

The next day 2nd January we all got ready for my youngest sister Esther’s wedding to Rick which was fantastic from beginning to end.  The church was beautiful as was the bride and all the wonderful decorations which were mainly handmade by the talented couple and Rick’s clever mum.  We all had such a great time and what an amazing end to an unbelievably busy year and what I hope will be a fun filled and enjoyable 2016. 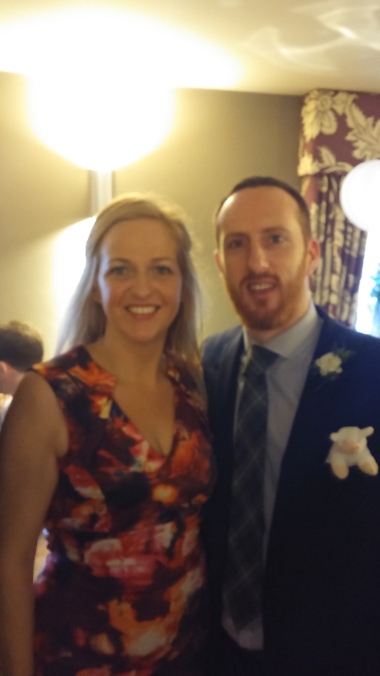 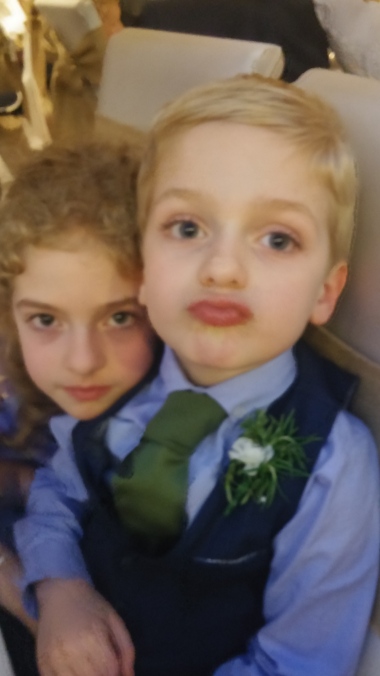